IN DIALOG WITH LIBUŠE MONÍKOVÁ
Cookie files helps us to provide services. By using our services, you agree to our use of cookies.
More information I acknowledge 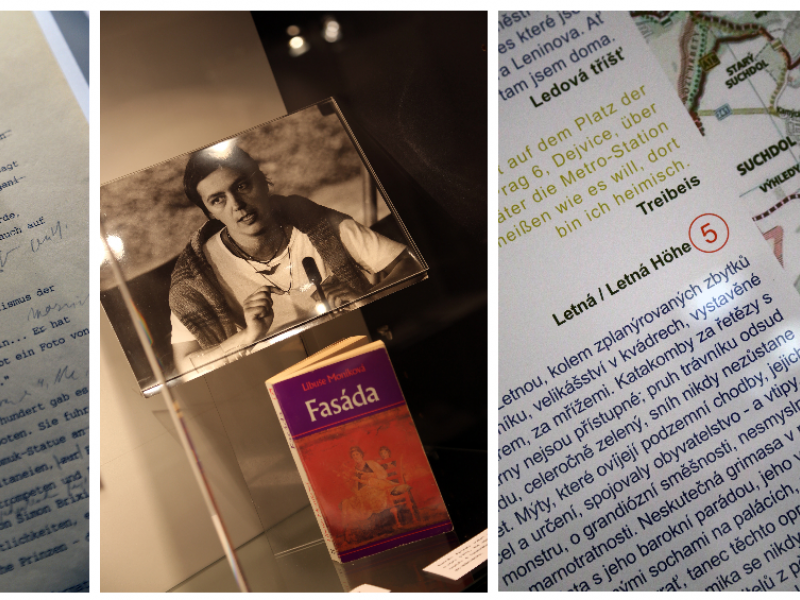 An extended version of the exhibition ‘Libuše Moníková: My Books are Dear / Meine Bücher sind teuer’ co-organized by the MCL and the Czech-German Future Fund to mark the tenth anniversary of her death in 2008. The display traces this Czech but German-writing author’s destiny and her literary work. Although she has been awarded numerous international literary prizes, there is a lack of awareness of her among Czech readers. The exhibition provides a deeper insight into the aspect of her personality: through memories, texts or essays by literary scientists or friends; by reflection upon the meaning, character and position of her creation in European literature and culture.